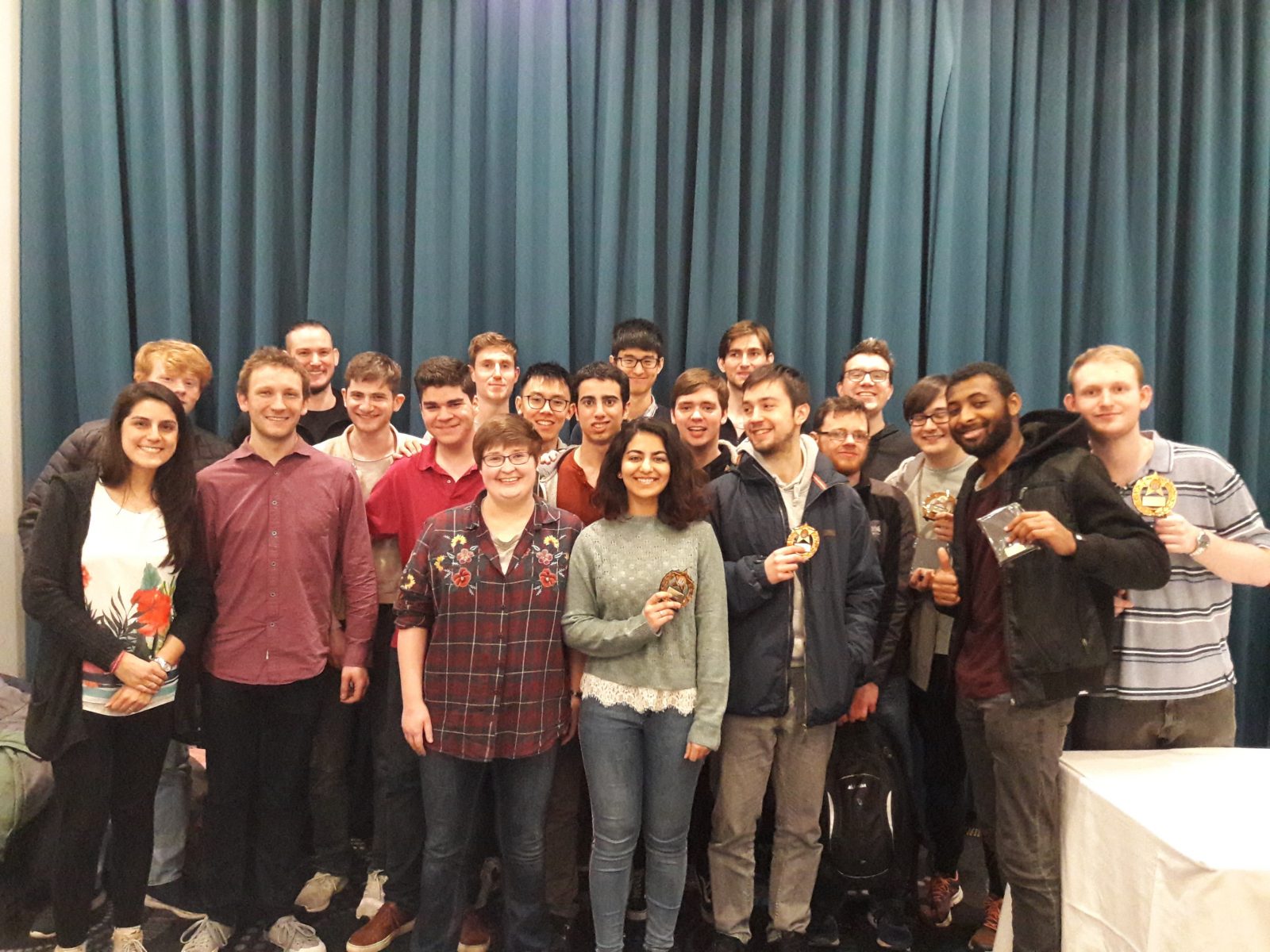 I was an ambitious fresher. At the Welcome Fair in the first week of university, I found myself at the chess stand, manned by Bogdan, the president at the time. I still remember inflating my Elo (“er, 2100 I think”, based on my online ratings), leading to a slight widening of the eyes (Bogdan wasn’t the most expressive of chess players) and a noting down of my name for following up with at the first social. Having been president at my previous school, I was excited for what was to come.

I remember bounding onto the University chess scene at the very first social in September 2017, determined to conquer all the very best. My first match-up was against Evan, a game I recently reminisced about with him at one of our last socials of the year. “Do you remember playing me three years ago over there?” It is strange to think how much has changed since then. I can still recall the energetic chatter that is so characteristic of first-socials-of-the-year (though, perhaps, not so familiar to subsequent socials ….). I remember playing on old boards with analogue clocks and iPad timer apps. I remember singing up to my first league game, played against Matthew Wilson of Clevedon (played on several pawns down and swindled him, sorry Matthew).

As president, I have first and foremost sought to make the club as inclusive as possible. I am proud to have seen it transform into a vibrant community of chess geeks (let’s face it) delightedly flagging each other in messy blitz battles, eagerly analysing league games after playing in that strange, isolated Clevedon venue with the ghostly toilets, and then moving to the White Harte time and time again to share beers over bullet and laughter.

For me, all those years ago, the chess club was a way to continue my passion. I hope it has helped many others to do the same.

I have seen many faces come and go. From Bogdan and Ed, Morris and Mark, Philipp and Victor to the likes of Conor, Alice, Aaron, Daniel (x3 at least), Ian, Alex, Jonathan, Joe and many, many more. Not to mention the legendary departure of Aman after a particularly heated night in Thornbury. (The B team still exists, in case you were wondering, Daoyi.)

I am proud to have watched us (be relegated and then) grow into a club which dominates the league (we’re top of all three divisions!) and stands a chance at BUCA (we’ll definitely get them next time; CM incoming…). When I look back over my time here, I’ll remember it as a place where I was able to fulfil my nerdiest of pleasures among likeminded people. I’ll remember it as a place of belonging which helped me make friends at a strange, new time in my life. From travelling with the A and B-teams to the middle of nowhere to spending 3 hours in a tiny minivan only to be trampled on in Birmingham to organising the first Varsity with Kin at UWE, we’ve thrown the kitchen sink at it together, h pawn and all.

I would like to thank the fantastic team I have had to support me. Alice and Conor might as well have been co-Presidents. Daoyi walked so Aaron could run (James failed to lift off). Yasu submitted the invoice so Marios could chase up the SU. Alex, Jonathan and Joe were relegated so Ian, Oliver and Jovin could rise again. Shoutout also to everyone who joined the club even amid the controversial membership price rise; without you, it would not have been the same.